Maps were disabled by the visitor on this site. Click to open the map in a new window.

HOW TO GET TO US

Its origin starts in 1866 when Josep Maria Bocabella i Verdaguer decided to start building an expiatory temple dedicated to the Sagrada Familia. Once the land was bought and the first stone was placed, the construction started at the hands of architect Francisco de Paula del Villar i Lozano, who due to differences with the promotors, left the build and passed it on to Antonio Gaudí.

Having in mind the creation of a small step by step build, after receiving an immense donation he thought about the idea of creating a great sized church of modernistic and innovative character. His work advanced up until 1914 when he decided to dedicate all of his work to the building of the Sagrada Familia, which unfortunately his death in 1926 left it unfinished.

Since his death, the Sagrada Familia was passed on to architect Domenec Sugranes until 1938, who saw in 1936 how the Sagrada Familia´s provisional schools, the Obrador and the cript were burnt and destroyed at the hands of the Spanish Civil War. All of Gaudí´s sketches and drawings were lost, but his original idea still wished to be followed.

Such has been the love that the world has given this construction, that today it´s still continuing to be built only depending on donations and at this moment in time doesn´t have a completion date, being one of the prettiest marvels of the world. 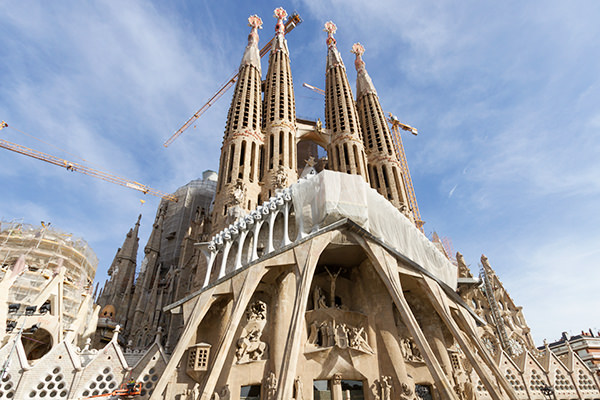 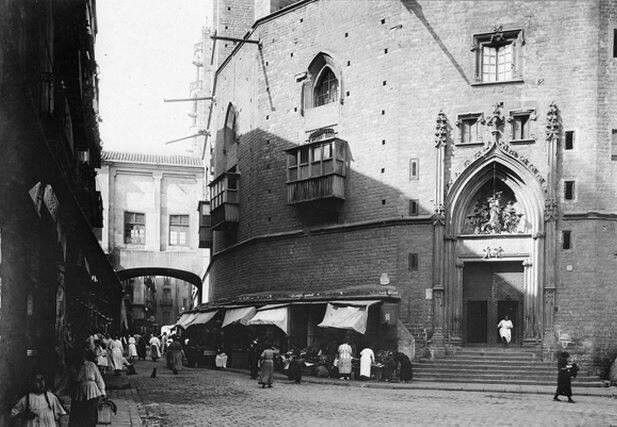 The Sagrada Familia has five units which form a latin cross

The basilica has three monumental facades which represent the most important moments of Jesus Christ´s life. They proposed to create 18 towers which to represent Jesus Christ and the people most alleged to him. A curiosity about the Sagrada Família: Gaudí had great Christian beliefs, and he decided that the monument couldn´t be superior to the work of God, for which it´s lower than Monjuic, the nearest mountain.

Today, the building work on this majestic creating is still taking place, without a final completion date, but with a great future ahead.

The Sagrada Familia is located between the streets of Sardenya, Provenca, Marina and Mallorca. Its´ main entrance is on the Façade of the Birth, on Marina street. The access is quite easy, just at the underground exits L5 and L2, as well as a group of buses which go from all around Barcelona. Prices vary in function of the type of visit, they are affordable and look to adjust themselves to the wishes and needs of visitors.

Once we have introduces the history of the Sagrada Familia, we are going to introduce some curiosities about Barcelona, and the details which surround it.

Barcelona is known as the 5th busiest city in the world, and it isn´t lacking reasons to be such. Starting with the catalan gastronomy which hides treasures such as Crema Catalana, Calcots, or delicious Ali-Oli, being famous for its architecture worldwide thanks to Gaudí, or its ideal location amongst the shoreline of the Mediterranean Sea, Barcelona offers us marvels which few other places in the world have.

It´s communications with the exterior don´t leave indifference, thanks to it´s sea port known as one of the most important ones in the Mediterranean, its´enormous El Prat airport, or its land connections with France via motorway or high speed train, we must recognize that Barcelona is completely accessible, which is a factor which betters the quality of the tourism it receives each year.

Close to our hotel we can find not only beauties such as the Sagrada Familia, but also other curiosities easy to access such as various Gaudí works like La Pedrera, Casa Batlló and the mythical Parc Güell, iconic construction by the hand of the architect where he also lived and which are also some of the main atractions of the city.

Aswell, the connections couldn´t be better. Located next to the Verdaguer (L5) underground station, and 10 minutes from the Diagonal underground stop, we have excellent public transport conections which allows us to reach any part of the city. If we move left looking towards the sea, we can visit Torre Agbar, skyscraper known for being the entrance to Barcelona´s technology district and the third highest building in the city. Next to it, we´ll find La Barceloneta, as well as the majestuos park of La Ciutadella, located in the district of Ciutat Vella, as well as inside the triangle the Estacion de Francia, the Arch de Triumph and the Olympic Village. Inside this we can fins the Parliament of Catalunya, the Barcelona Zoo, an institute, the Martorell museum of geology, a green house and a shade house amongst others.

Once we exit the park, we can easily reach the Paseo Maritimo, where we can observe the Aquarium and the famous Mare Magnum commertial center. At the end of this we can find the famous Columbus monument, which is said to be Catalan, pointing to India with an engraved plaque about his history.

Going up from the Columbus monument in direction of the mountain, we find la Rambla, the emblematic walk of Barcelona,which has so many stories hidden behind it. With a surface filled with theatres, cinemas, restaurants and other lifestyle establishments, it´s star for its´charm and beauty, sheltering some places like La Boqueria. The market of Sant Josep, more known as La Boquería, is an obligatory visit for carrying out tourism in Barcelona. We can find all kinds of products for sale, both national and imported, and a large amount of daily visitors wish to try its´magnificent products on sale.

On the Rambla we can also find the Gran Liceo theatre, which is the most antique and prestigious in Barcelona, having its own underground stop (L3).

Higher up, leaving the memories of La Rambla behind, we find the great round Plaza de Catalunya, which functions as a union between Barcelona´s old district and Ensanche. This is why its´streets are the main representation of Barcelona, and is right in the center. Also, surrounding, we can find some of the faculties of the most antique university of  Catalunya, the University of Barcelona.

Once at the Plaza Catalunya, if we choose to go down Gran Via de les Corts Catalanes, we will end up at the Plaza Espana and Montjuic, where we can enjoy amazing views from its castle and palace, such as a show of music and light at the Magical Fountain during certain nights of the year.

From Plaza España we can enter one of the main shopping streets in Barcelona, Sants. Here we´ll be able to find all kinds of stores as well as the Sants Train Station, where you can catch both national and international trains. 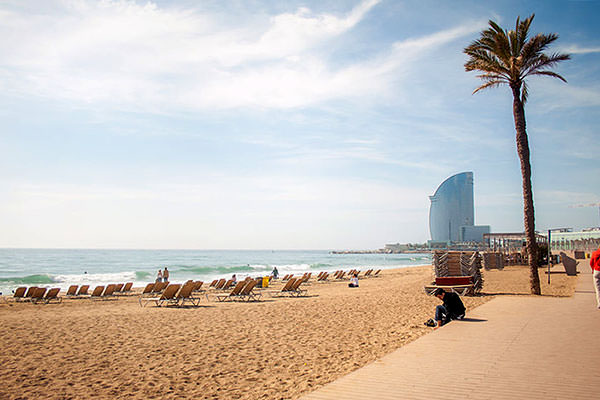 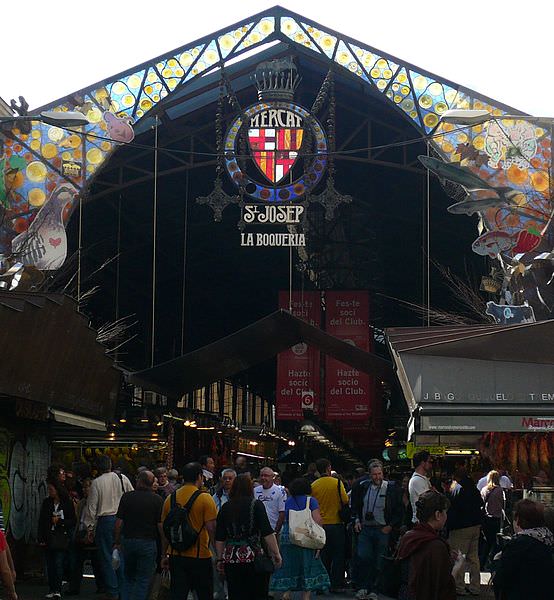 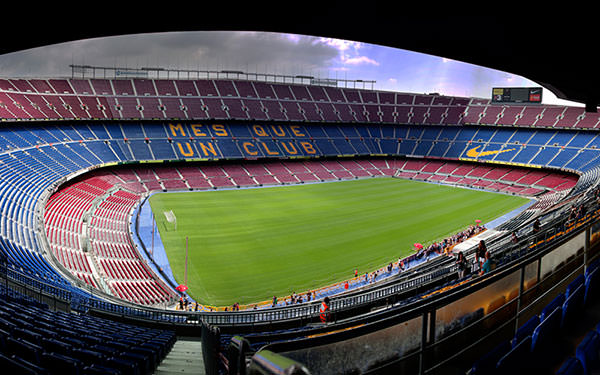 Next to Sants street, entering the district of Les Corts, we find the Camp Nou, just below the Diagonal. This famous ground is known for housing one of the best football clubs in the world, FC Barcelona, which also has a gift shop and a museum at the ground.

Reaching the Diagonal again, we can head back to the hotel, taking one of the multiple buses available, and get off again at the Sagrada Familia stop, and relax at the Well&Come after a long day visiting the city.

This website uses cookies to improve your experience while you navigate through the website. Out of these, the cookies that are categorized as necessary are stored on your browser as they are essential for the working of basic functionalities of the website. We also use third-party cookies that help us analyze and understand how you use this website. These cookies will be stored in your browser only with your consent. You also have the option to opt-out of these cookies. But opting out of some of these cookies may affect your browsing experience.
Necessary Always Enabled
Necessary cookies are absolutely essential for the website to function properly. This category only includes cookies that ensures basic functionalities and security features of the website. These cookies do not store any personal information.
Non-necessary
Any cookies that may not be particularly necessary for the website to function and is used specifically to collect user personal data via analytics, ads, other embedded contents are termed as non-necessary cookies. It is mandatory to procure user consent prior to running these cookies on your website.
SAVE & ACCEPT
Scroll to top -->